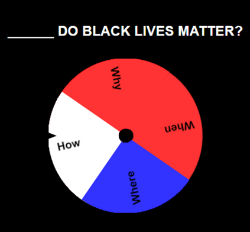 In the aftermath of the killings of two more African-American citizens by local law enforcement officers, the subsequent nationwide protests, and the killings of police officers in Dallas and Baton Rouge; the opponents of the movement to restructure policing in America have attempted to re-brand the phrase Black Lives Matter.

This three-word, four-syllable declaration has been one of the most important statements of the decade (and century) so far. 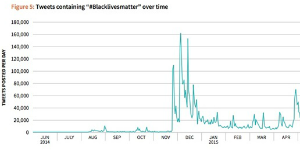 One of the predictable consequences of the global force of Black Lives Matter has been the response from the individuals and institutions that represent the face of power and influence in this country. In the past few years, they have felt their collective grip on the American imagination temporarily loosened.

The people and organizations who protect the status quo have not been pleased with the shift in public opinion about how citizens living in Black bodies are too often treated by other citizens working in blue/gray/brown uniforms. The main strategy in the attempt to re-secure the hearts and minds of the American mainstream population is to frame Black Lives Matter as a force for anarchy, lawlessness, violence, and an assault on Americans who identify as White. 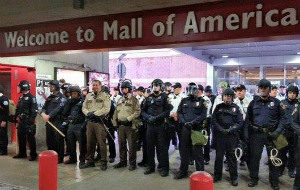 This is not new. One of the support beams under-girding the American social contract has been the belief among the working classes (referring here to all people who must work to live) that the non-European residents of this country pose a threat to Americans of European heritage.

Under this framework, those in power offer to keep the “intruding” non-European populations at bay in exchange for the unwavering loyalty, support, and benefit of the doubt from the working classes. In some ways, it is similar to the social contract we have made with our military forces in recent years.

At this point, that is the best explanation I can come up with as to why so many Americans are willing to grant a level of unconditional support to our law enforcement and criminal justice agencies that they do not grant to any other group of government employees.

But back to Black Lives Mattering…

It is critical to not allow those with seemingly little concern for the humanity of Americans in Black bodies to frame the discussion about Black lives. So to help us all in discussions and debates throughout this campaign season; I offer an unofficial and unaffiliated preliminary set of Black Lives Matter flashcards: 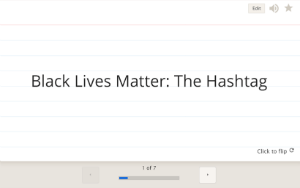