In the middle of a recent conversation with my brother about the 2016 U.S. presidential campaign, he described his political position by using a term I’d never heard before: Negrotarian.

For a few minutes, I thought he had just stumbled onto a brand new classification of American, and I started putting together the press release to announce our family’s first contribution to the Oxford Dictionary of English, the Merriam-Webster Collegiate Dictionary… and if we were lucky, to urbandictionary.com!

Then I ran the word through the most important test of 21st century life: the Google Search box. And like so many brainstorms we’ve had in the past, we discovered that someone already thought of the idea. In this case, it was the late great writer Zora Neale Hurston:

While I am definitely going to do some research into the story behind the original Negrotarians, I think 100 years is enough time to have passed to grant me permission to resurrect and re-appropriate this term for today’s political landscape.

I would like to suggest that while my brother is the exact opposite of the individuals who Hurston was describing, he definitely represents a less-visible segment within Black America and among U.S. voters of African descent that I would like to call the “New Negrotarians”.

While today’s New Negrotarians are not as interested in conversations about community collective uplift as the New Negroes of the 1920s, they are not as optimistic about the catapulting power of their bootstraps as the New Blacks of today. This new slice of the American electoral pie may not be as vocal and boisterous as their cousins in the BlackLivesMatter movement, but there are more New Negrotarians out there than you might guess. And their votes are definitely up for grabs.

1) They are not concerned with political labels. They don’t care who most of the people in their neighborhoods and/or families plan to vote for. 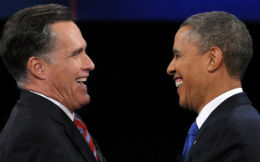 2) They like clear solutions. It doesn’t have to be simple, but it better make sense.

3) They are not directly affiliated with any prominent Black social constituencies. They’re not on Black Twitter. They haven’t been to a BlackLivesMatter event. They don’t follow Afropunk on Instagram. They’re not really into Empire or Scandal. They like Drake & Beyoncé, but only on their iPods. 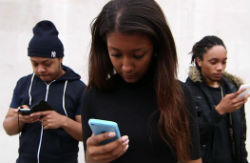 4) They are tech-savvy. They may not be coders or programmers, but they are informed and invested in technology that adds ease, sense, and beauty to their lives.

5) They have little use for traditional institutions. They are smart, well-read, and attentive to what is going on in the world. And although many of them graduated from college, they have little use for the current structure of the U.S. educational system and have even less use for the “you need a college degree to make a good living” narrative that adults have been promoting to them since their childhoods. 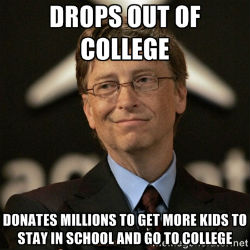 7) They are brand loyal, but they are not brand evangelists. They’re very comfortable in their skin, and spend little time-sharing their lives on social media. They are loyal to the brands they like, but feel no need to try to convince their peers to buy the same things they do. 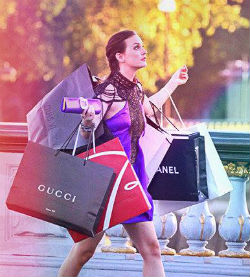 8) They are financially savvy. They are the products of middle-class upbringings and aspirations, so they get as much satisfaction from staying in and saving money as their club-hopping peers get from going out and buying out the bar.

9) They tend to be entrepreneurial. They are part of a generation that has been failed by the multinational, globally sourced, corporate economy of the past 25 years. They are young people who couldn’t get a job because they were told they didn’t have enough experience. They couldn’t get an internship because they don’t come from families who can afford to subsidize an adult child…and besides, they would argue, wasn’t making a good wage the point of staying in school in the first place? 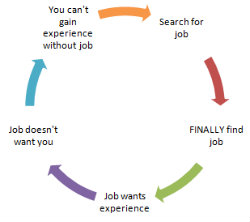 10) They are open to voting. They will vote if they want to. You’re not going to stop them from voting by reverting to political shenanigans such as reducing the number of days for early voting, passing strict voter ID requirements, or mailing misleading flyers/pamphlets containing inaccurate polling location or election day information.

They can vote…but they don’t have to. They’re not really moved by the “people died so you could have this right” moral plea. They are ideas driven. If a candidate makes sense…if a candidate resists the kind of dog-whistling, culturally offensive behavior that is commonly used to “fire up the base”…if a candidate is willing to go where the people are… you will find the New Negrotarians ready to hear you out, and willing to engage in the conversation.