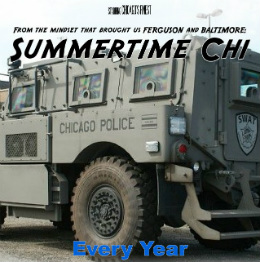 I have spent nearly all of my adult life mentoring and teaching young people. Any adult involved in the work of raising, teaching, coaching, mentoring, or supporting young people is also an unofficial ambassador for the social contract of America. It’s not enough to teach kids to follow the rules. In this moment, the more relevant questions are:

The word society gets used often when conversations like this arise, so it’s helpful to define the term. For me, society refers to the system of formal laws and informal cultural norms which govern and guide our daily behaviors. In America, this system rests on a set of agreed-upon principles.

There are several pillars of the American social contract: 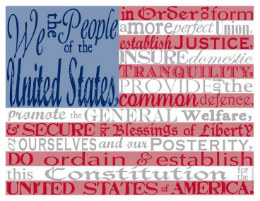 One of the constant story lines in American history is the struggle between people who believe this social contract should apply to everyone in our country, and those who believe that certain people are unworthy of this contract and undeserving of the promise of America. And while many immigrant and ethnic communities have been deemed unworthy and undeserving throughout this nation’s history, no group has had to contend with this moral blind spot in America’s vision longer than Americans of African descent.

So on April 13th, when my hometown of Chicago, Illinois became the latest in a series of American cities to research, document, and report the maltreatment of Black citizens by a local law enforcement agency, it felt like the next installment in the trilogy of tragedy that has been a side-effect of policing in 21st century America. 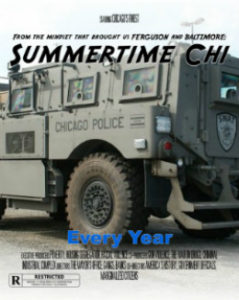 “On the night of October 21, 2014, the too short and very tragic life of Laquan McDonald ended when Chicago Police Officer Jason Van Dyke shot him. One of the last officers to arrive at the scene of a call about someone damaging cars, Van Dyke came out of his vehicle, gun raised and immediately fired off 16 shots. The first shot hit McDonald and he immediately fell to the ground. While he lay motionless, Van Dyke continued to unload his clip, firing 16 shots in all into McDonald’s body. All of this was captured on police videotape.” – Chicago Police Accountability Task Force Report, April 2016

The treatment of this tragedy by Chicago’s political and police leadership in the months following Laquan’s killing led to a public outcry from Chicago residents and calls for the resignation of the city’s mayor, Rahm Emmanuel. In the wake of rising frustration among the city’s residents, Mayor Emmanuel convened the Chicago Police Accountability Task Force, whose stated mission was “to lay the foundation for the rejuvenation of trust between the police and the communities that they serve by facing hard truths and creating a roadmap for real and lasting transparency, respectful engagement, accountability and change.”

And so, on April 13th the task force added another volume to a library that already included the U.S. Department of Justice Investigation of the Ferguson, MO Police Department and the New York Civil Liberties Union study of NYC’s stop-and-frisk practices. The Chicago report once again exposed the chasm between the role that police play in the lives of most Americans, and the role they play in predominately Black communities – particularly those afflicted by economic drought and social malaise. 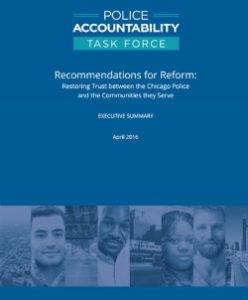 “The linkage between racism and CPD did not just bubble up in the aftermath of the release of the McDonald video. Racism and maltreatment at the hands of the police have been consistent complaints from communities of color for decades. False arrests, coerced confessions and wrongful convictions are also a part of this history. Lives lost and countless more damaged. These events and others mark a long, sad history of death, false imprisonment, physical and verbal abuse and general discontent about police actions in neighborhoods of color.” 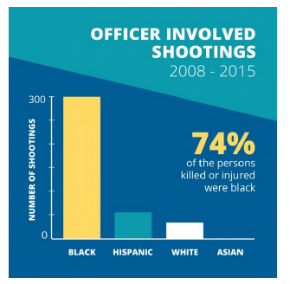 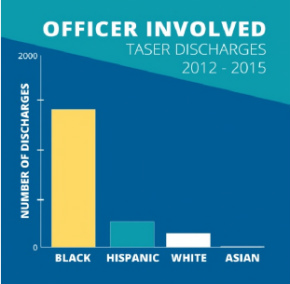 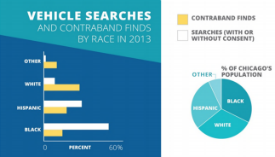 “The public has lost faith in the oversight system. Every stage of investigations and discipline is plagued by serious structural and procedural flaws that make real accountability nearly impossible. The collective bargaining agreements provide an unfair advantage to officers, and the investigating agencies—IPRA and CPD’s Bureau of Internal Affairs—are under-resourced, lack true independence and are not held accountable for their work. Even where misconduct is found to have occurred, officers are frequently able to avoid meaningful consequences due to an opaque, drawn out and unscrutinized disciplinary process.” 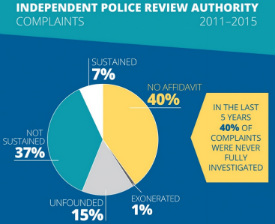 “If there is a real commitment to cultural change within CPD, the balance will shift when there are adequate resources devoted to training. Currently, aside from annual firearms certification and sporadic training sessions, there is no mandatory training on any other topic. This means that after an officer leaves the Academy, he can serve his entire career without ever receiving any annual, mandatory training of any kind. An astounding fact, particularly in light of recent sea changes in policing strategies and technology.”

I’ll stop on that last point. The lack of training for the police is deeply connected to our mythology around the men and women who choose to answer the personal call to wear that badge. They are civil servants. Servants of the civilization. They are not superheroes. They are not saints. They are us. Their biases are our biases. Their lack of internal accountability for the misdeeds of fellow officers mirrors our lack of collective accountability for the economic, social, and political misdeeds borne by our fellow citizens in these impacted neighborhoods.

It is not just the police who need training. As I stated earlier, the American experiment in human civilization rests squarely on the social contract between its citizens. The central question in this experiment is:

Can all these different groups of people who do not have a shared history, ethnicity, language, or homeland – including the people who were officially classified as sub-human by the founders of this nation – sustain a society on a set of shared principles?

When a section of the population consistently calls our attention to the cracks in the pillars that form our social contract; to dismiss, denigrate, and/or deny their claims is societal malpractice. We have the truth. Will it set us free?