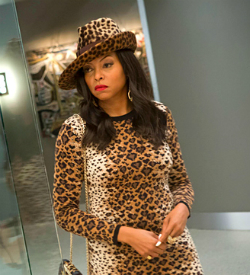 Yesterday night was one of those amazing parallel-universe moments on Twitter.  It was a Wednesday night, so folks were providing quality color commentary about Episode 4 of Fox’s new hit show, Empire. There was also a fascinating discussion taking place at the same time under the hashtag #MGFerguson.  Then there was the in-person discussion in Ferguson, Missouri that turned into one more reminder of how much work still lies ahead. While all this was taking place, a group of concerned citizens gathered in Denver with some questions for their police department about a young girl named Jessica Hernandez.

Which brings me back to Empire… back to Episode 2 of this first season… and back to this instant classic of a line from Taraji P. Henson’s character, Cookie:

“The streets ain’t made for everybody, that’s why they made sidewalks.”

I’m sure the show’s writers knew they had magic with this one.  In the true spirit of hip-hop culture, the line has multiple layers of meaning, which allows it to be shared, posted, tweeted, chatted, and memed by all sorts of people. You are free to define “the streets”, “everybody”, and “they” in whatever way you want…but the underlying meaning of this line is clear…you definitely don’t want to be on the sidewalk.

In hip-hop, the streets are for the makers and the takers…the sidewalks are for the fakers. To be “in these streets” is to be bold, fun, confident, tough, and powerful. To be on the sidewalk is to be lame, weak, passive, scared, and boring.

It’s easy to love the streets…and just as easy to forget why we need the sidewalks.

Sidewalks are how we connect with each other. While your driveway leads you to your house, your sidewalk leads to your neighbor’s house. Where the street is a space to be seen and heard, the sidewalk give us a space to observe and to listen. Our front porches, stoops, and stairs can be seen from the street…but they are reached through the sidewalk.

In this moment, when so many people are expending so much time & energy fighting the good fight in “streets” that weren’t made for us … let’s not forget to spend some time on the sidewalk.