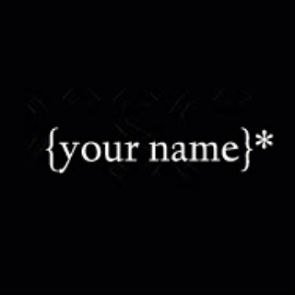 I just finished reading the August 18th Gawker article by Dee Barnes, the former TV personality and former friend and colleague of rap legend Dr. Dre. Dre is a founding member of the ground-breaking rap group N.W.A., which is receiving renewed attention as a result of the success of the new film, Straight Outta Compton.

Ms. Barnes recounts an encounter with Dr. Dre in 1991 where she allegedly was on the receiving end of a vicious beat down at the hands the Compton rapper. It is a damning outline that accuses Dr. Dre of a pattern of disrespect of (and violent aggression towards) women.

We could do all those things… and we would be wasting a potentially powerful teachable moment.

In the wake of the allegations cascading over Bill Cosby… in the wake of the cloud that followed Jameis Winston around the Florida State University campus for the past two years… in the wake of the Ray Rice video… and most importantly, in the midst of a national movement centered on the words “Black Lives Matter”… we owe it to ourselves to stop and to reflect.

In that spirit, I come with an invitation to the men.

AN OPEN LETTER TO OUR YOUNG MEN

You can be anything. In fact, you can be many things. But please…please… please don’t become an asterisk.

When your masterful manipulation of the English language takes you from America’s Most Hated to America’s Box Office Winner… don’t become an asterisk.

When your years of mental and physical discipline propel you to the biggest stadiums, the biggest games, and the highest draft picks… don’t become an asterisk.

When your creative musical gifts allow you to blend words and sounds that touch people of all ages & races… after you’ve dropped years of hits you should receiving a lifetime achievement award, not an asterisk.

When your clever wit and gift for storytelling allow you to create shows that give a father to kids who never had one, and college friends to kids who have never seen a campus… when you get to the end of your life, the chairs around you should be filled with well-wishers. They should not be filled with tragedies…and asterisks.

We become asterisks when we let the issues from our pasts sabotage the possibilities for our futures.

We become asterisks when we deal with our pain by inflicting pain on those around us.

We become asterisks when we abuse women.

We see the hurdles that have been designed to make you fall before you reach your potential. We know the forces that are set up to make sure you don’t keep your trophy after you reach the finish line.

We know no one’s perfect. We know people make mistakes. We know everyone deserves a second chance.

But we also know better. And we can do better.