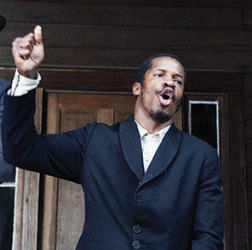 While I am sympathetic to the irritations of people who have had enough of the Negro Suffering sub-genre of film and TV, movies about slavery don’t bother me. In making such a statement, it is important for me to acknowledge my PTSD privilege here, as I am the child of West African parents who immigrated to the United States by choice.

Although the primary cause of colonialism and chattel slavery is the same (the psychology of European/White supremacy), it is important to acknowledge that the generational effects are not the same. That may or may not be a part of the reason why I don’t have a limit on reading / hearing / learning about the profound evil visited upon peoples of African descent over the past 400 years.

Disclaimer Number Two: I know that there is a segment of our community that is no longer interested in anything Nate Parker does, says, or thinks. They have made it very clear where they stand with regards to All Things Nate.

I don’t believe in trying to persuade people to go see Nate Parker’s film, Birth of A Nation, if they would rather run through oncoming traffic.

I do believe that all sin – whether alleged or admitted, done in darkness or in daylight – will be accounted for…which is a nice segue into a discussion about the movie. 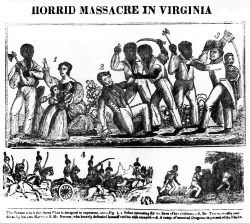 There were several lines from the movie that struck me as particularly poignant given the current social / political climate in our country:

In the film, these life-altering words are spoken to Nat Turner by an important figure in his life. These are also essential words for our young people in this moment. I found myself thinking about how often we speak these words to the youth in our communities. I wondered about what we say when talking about these words around our youth. I am curious if these words would be included in a Top 10 list of Things The Adults In My Community Taught Me.

“You a child of God. You got purpose. The Lord put it in ya, and there ain’t nothing anybody can do to take it away from ya.” 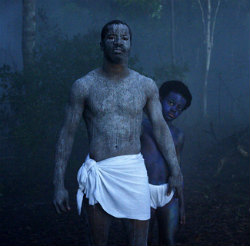 “These books are for White folks, they’re full of things your kind wouldn’t understand.”

For me, the 8th Wonder of the World is how a population of humans who were forcibly and violently separated from their language, their books, and many of their stories for at least 10 generations managed to survive with enough of themselves to acquire and master the world’s current dominant language. The past 100 years of American entertainment and pop culture have demonstrated time and time again just how powerful the words spoken by Black Americans are.

“He said you’d be more useful to our family as a field hand.”

“I didn’t do nothing. That girl was brought into this world just as beautiful as she can be.” 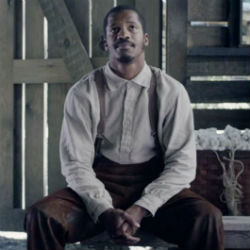 And I was reminded that our words do not merely reflect our inward reality, they also have the power to shape our external reality…and the reality we enforce on others. 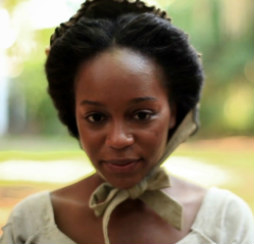 “I was 13…and she told me never to forget that I had a mama, and that she was somewhere missing me and lovin’ me”

We return again to the words we speak over our children. It can be easy for us to just focus on the short-term things we want our young people to do: Listen. Sit still. Clean up. Go study. Get dressed. Stop playing. Come inside. Be safe.

We hope that the children will find safety in their obedience to our words. Given this current moment in America, the question is both: “Is there anywhere our children can find safety?” and “What else do our children need to find in our words?”

This Bible verse refers to the explanation given by the sons of one of Israel’s founding fathers for why they sought (and brought) justice for the assault of their sister. This verse comes at the end of a chapter of the Bible that parallels the uprising depicted in Birth of A Nation. Working through a disciplined and thorough analysis of the connections between these brothers, Nat Turner’s band of brothas, and the family tree of Nate Parker critics…is another post for another day.

But we owe it ourselves to individually and collectively wrestle with the question.