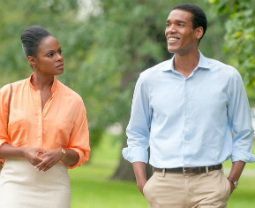 In the nearly 100 years since humans created the ability to produce motion picture films with sound, there have been millions of depictions of Black Love.

Most of these stories were built on the myth that Black people were “less than.” Less complex. Less intelligent. Less capable. Less responsible. Less careful. Less moral. Less human.

So when a TV/film director seeks to portray any aspect of loving, romantic relationships between Black people, they face significant headwinds – within the industry and within the subconscious of the American audience.

And yet, art is how tribes, societies, and cultures talk to each other about who they are, where they’ve been, how they live, and what they want.

For groups of people who find their realities limited, TV and movies are often an essential part of psychological self-care. They reignite the imagination, refresh the spirit, and re-open the mental boxes we think within.

This is particularly true for those of us whose understanding of love, relationships, dating, and marriage is a jumbled stained glass window constructed from shattered souls, broken hearts, and shards of dysfunction. For many of us, Black celebrity married couples not only show us how Black Love can be; they show us how we can be within Black Love.

We see it in the real pain exposed by the alleged moral gap between Bill Cosby the man and Cliff Huxtable the dad. We see it in the conversations around gender norms and how to raise free Black children sparked by Will and Jada Pinkett Smith’s parenting decisions. We see it in the raw honesty of Beyoncé’s Lemonade. We see it in the disproportionate level of attention paid to Ayesha Curry’s fashion choices and the intense Twitter debates about what a wife looks like. 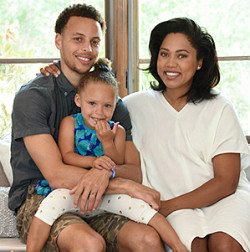 And we see it again with the depiction of Barack and Michelle Obama’s first date in the new movie Southside With You. For me this movie is useful for providing a platform for us to think and talk about who we want to be, who we want to be with, and what we want out of our romantic relationships.

This history-altering union could have easily never happened. She could have checked out and returned home at numerous points during this film. He could have given up and “charged her to the game” at multiple points as well. 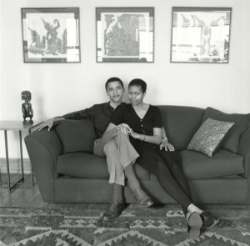 The film doesn’t deal with what made them stay and finish that first date. The President and First Lady are probably the only people who know what it was that made them stick it out. They might not even know. But they turned out to be exactly what each of them needed…and what many of us needed to see.