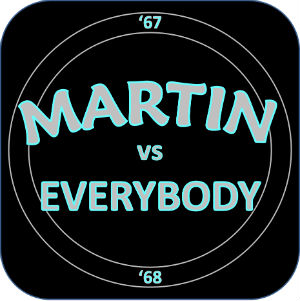 We use Dr. King’s words, his picture, and his life for all sorts of purposes. But very few of us are willing to share in his pain, his sacrifice, or his burden. 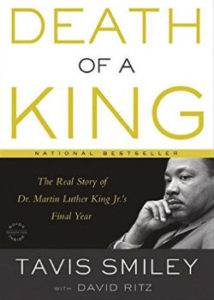 This is essential reading for everyone engaged in movement building, community organizing, freedom fighting, people building work in this moment. This book helps us to see Dr. King as a human, with strengths & weaknesses, fears & flaws, and haters & helpers like the rest of us. The book brings him back from our textbooks, statues, and street signs; and brings us a three-dimensional, layered understanding of “Doc’s” everyday humanity.

In the U.S., we are currently experiencing a high tide in the 20-year ebb-and-flow cycle of Black consciousness. The grandchildren of the Baby Boomer generation have rekindled the fire of their elders and with the creative force of their bodies, minds, and spirits have challenged this nation to re-examine our collective social contract.

Personally, I have always agreed with those who understand Dr. King in the tradition of the ancient Jewish prophets whose words come to us through the sacred texts of the Hebrew Scriptures and the Old Testament of the Bible. Dr. King was not a kind of Black American Santa Claus who brought hopeful dreams and glad tidings to the Negro townspeople. To stand in the Judeo-Christian prophetic tradition meant that King stood as a member of a group of people whose bodies, humanity, and collective future were largely under the control of an indifferent empire.

To stand in that tradition means that Dr. King not only spent much of his time telling very powerful people things they did not want to hear, but he also had to turn and face his own people with words that – by the last year of his life – many of them did not want to hear either.

The book does an excellent job of putting you in the passenger’s seat as “Doc” experiences the clapback to his message and his methods from all angles during the final year of his life. It also pays tribute to the people who pushed and carried him through those often dark days in his life.

However, above all else this book presents us with Dr. King’s actual words during this period, from April 4, 1967 – April 3, 1968. As with the prophets of old, King’s words are relevant today and challenge our society to be more than we are and to live the ideals we claim to believe in.

A few of the words of Dr. King, excerpted from Death of a King:

“In the final analysis a riot is the language of the unheard. And what is it that America has failed to hear – it has failed to hear that the plight of the Negro poor has worsened over the last twenty years, that the promises of justice and equality have not been met, and that large segments of white society are more concerned about tranquility and the status quo than about justice and humanity. This, to me, is the white backlash.”

“To me, the relationship of this ministry to the making of peace is so obvious that I sometimes marvel at those who ask me why I am speaking out against the war. Could it be that they do not know that the Good News was meant for all men, for communists and capitalists, for their children and ours, for black and white, for revolutionary and conservative?”

“No movement worth its salt is devoid of philosophical debate, and there are moments in any social revolution where you have peaks of united activity and you have other moments of debate and even dissension.”

“The suicidal and irrational acts which plague our streets daily are being sowed and watered by the irrational, irrelevant and equally suicidal debate and delay in Congress…If our government cannot create jobs, it cannot govern. It cannot have white affluence amid black poverty and have racial harmony…The turmoil of the ghetto is the externalization of the Negro’s inner torment and rage.”

“If any of you are around when I have to meet my day, I don’t want a long funeral. And if you get somebody to deliver the eulogy, tell them not to talk too long…I’d like somebody to mention that Martin Luther King Jr., tried to give his live serving others. I’d like for somebody to say that day that Martin Luther King Jr., tried to love somebody. I want you to be able to say that day that I tried to be right on the war question…say that I did try to feed the hungry…say that day that I did try in my life to clothe those who were naked…And all of the other shallow things will not matter. I won’t have any money to leave behind. I won’t have the fine and luxurious things of life to leave behind. But I just want to leave a committed life behind. And that’s all I want to say.”

And the church said, “Amen.”

2 Replies to “Martin vs. Everybody”