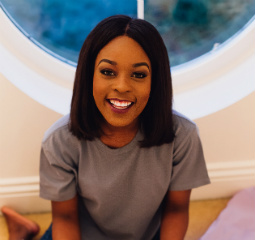 Tobi is from Lagos, Nigeria. At the time of her interview, she was living outside of London, England, and had recently launched The Book Banque, a social enterprise using literature to develop young people in Nigeria.

Listen to “Conversation 57 (Tobi)” on Spreaker.

When we met for her interview, she was spending her days, “…that’s a very complicated question. There’s no day that is the same for me. But I would probably say I’m working part-time, and I’m also running an organization. So I try to do a bit of both.”

We talked about who tends to be surprised that she’s Nigerian:

“Definitely not people in Nigeria! You do have those odd people [in Nigeria] trying to be funny and they’re like ‘where are you really from?!’ When you’re home, you just switch to an automatic…how do I put it? There’s no Nigerian accent, I hate when people say that…but you switch to a very authentic accent.

Sometimes, like the way I’m speaking right now – which is how I speak usually – it does come through, and then you have older people trying to make fun of me, calling me ‘British child’. 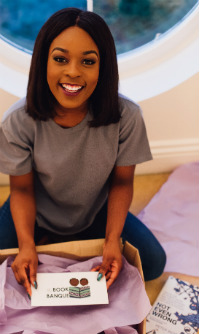 She shared the story of how she wound up living in England:

“I moved here five years ago for my undergraduate [studies]. I moved here to study economics and finance. I was in England for two years, I went to Paris for a year to do a study abroad program, and then I returned to England. So yeah, education brought me to the U.K.”

Tobi explained how she developed a passion for helping young people:

“I know this sounds super cliché, but honestly this is how it happened. Going to school…primary/elementary school…going in the car I saw loads of other kids on the street hawking [goods for sale], or trying to like wipe the windscreen, or just doing some trade with their parents.

So I couldn’t really understand – apart from the fact that they couldn’t afford [school] – I couldn’t understand why that was the case. Why you had those children there and I was the one in the car going to school.

And as I grew older, obviously getting to know more about the country that I lived in; I could not understand why we had so much oil and so many resources…yet there was just nothing to show for it with the common people. That made me think a lot. It started a lot of things within me.” 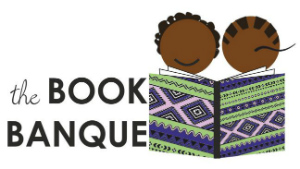 She spoke about the people who have a big influence on her life:

“I would start by saying that my mom definitely is a big influence in everything that’s going on. Obviously I had her to look up to, and a lot of the things that she taught me and the values she instilled in me I would definitely say have had a huge role in the way I’m thinking…things I’m doing…things I strive to do.

The people [who] I follow on social media…I either follow them because they’re kind of doing – not exactly the same thing – but we’re kind of working towards the same goal, which is probably increasing development, or increasing economic opportunities…

Actually, it’s not always about that. It could also be about them just following their dreams and breaking boundaries. Just living beyond their comfort zone and living beyond themselves. Those are the people [who] I tend to follow on social media.

Tobi described the benefits she has received from traveling to different countries:

“I do look back and I’m like, ‘oh hey my bank account is really not like it could be you know, if I didn’t travel.’ But I know that [traveling] has played a key role in who I am today, because I’ve been able to live with different sets of people as I traveled and meet different people and kind of share in their problems, their issues…seeing the way they see the world and see life…and being able to take that on and kind of adjust or change the way that I deal with people and how I do things.”

We also discussed how she deals with moments when it doesn’t feel like she’s winning, and it seems like everyone else on social media is:

“The one thing that I’m so confident about is [that] my journey is definitely not the same as anyone else’s. Like I might not be where I want to be, or moving at the pace that I want to be moving at, or doing the things that I want to be doing; but if there’s something that I’m doing, or if there’s a dream or if there’s a thought, I truly believe that God that put that thought or idea or dream in there is faithful enough to see me through. So that just kinda…not kinda…[it] does keep me going. That is what keeps going.”

Listen to our full interview with Tobi | Learn More about Tobi’s organization, The Book Banque