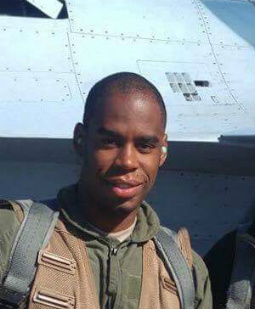 Patrick was born in Jamaica and grew up in Brooklyn, New York. He was living in Alaska and serving as a member of the United States Air Force at the time of his interview.

He spent his days “[waking] up at 5 o’clock in the morning, going to work at two jobs, coming home…this winter, I want to get into doing some ice-fishing and trying snowboarding.”

Listen to “Conversation 56 (Patrick)” on Spreaker.

He spoke about how starting a family helped him adjust to life in a new setting:

“Being away from my actual family, coming to another state, you wanna have someone to lean on. And family is very important to me.

I’m in the military, and a lot of other people do [this] in the military, but it’s just nice to have something to look forward to at the end of the day when I get off work. You know, coming home to a wife and a kid is the best thing in the world.” 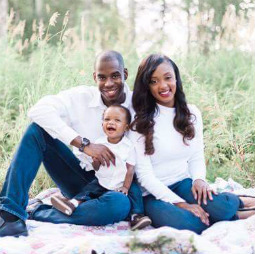 We discussed how being married has affected his friendships:

“Honestly once you get married you kind of spend less time with friends, because some of the things that they want to do you obviously can’t do anymore because you have certain responsibilities. Like staying out late, you can’t do that anymore; you have to come home and make sure everything is good in the household.

So I wouldn’t say that I distance myself from myself from my friends, but I don’t hang out with them as much. Sometimes when I think about it, it’s like, ‘man I wish I was out there having fun, etc.’

But there’s a certain joy that you get from having a wife. Having a son. Knowing that you can go out with your wife and have fun – and you can always find a babysitter.”

Patrick explained how he balances his family identity with his military identity:

“[When] a lot of people see me, that’s the first thing they want to talk about – my military life. And a lot of people identify me as a military guy…I don’t like starting out with the whole ‘I’m military’ thing, because that’s not who I am.

So eventually when I’m in conversations, I will put in the facts that yes I am married, yes I have a son. Or I will brag about my wife and my son a lot so people can…kind of separate me from the whole stereotype of military personnel and how they’re just of one mindset.”

He talked about the biggest misconception he sees in civilians’ view of the military:

“I think the biggest misconception that people have about us in the military is that we make a lot of money. We get paid, we get good benefits. We make enough money to ensure that our bills get paid and that we’re able to have fun.

But I have people [who] think we’re making big money, and when we come home they try to ask for money like, ‘you’re in the military, you got all this money.’ I’m like, ‘no I got bills and responsibilities!’ All that money, once it hits the bank account, comes right back out.” 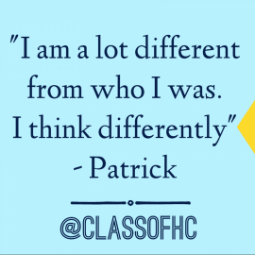 Patrick reflected on his path of personal growth over the past few years:

“[Seven or eight years ago], I dreamed of being 21, that I’d be in college, I’d be having a lot of fun, I’d be partying all the time; and now I’m working a full-time job, partnering with my wife trying to raise [our] son in this day and age. I am a lot different from who I was. I think differently.

When you join the military, once you get in the door, your mentality changes. How you look at things changes. The smallest thing sometimes that we didn’t think was dumb or immature back then; you look at it now and see that it was definitely dumb and immature. It annoys you a little bit more.

He shared some of the hopes he has for his son:

“I always say – you know, he doesn’t understand now – that I always want him to be better than me. Outdo what I’ve done. Get better grades than me in school. Go to college, get a degree, and just enjoy growing up.

When I’m old I want to be able to look at my son and say, ‘you are now more successful than me. You’re able to stand on your own.’ I think as a father now…you know that’s the greatest thing from a dad – or any parent – you always want your child to do better than how you’re doing.

Listen to our full interview with Patrick

Check out some of the organizations that inspire Patrick: