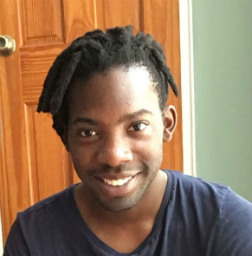 Silver is from Brooklyn, New York. He had recently graduated from college at the time of his interview, and was living in Brooklyn as an animator and illustrator. His days were spent, “at this point…I spend most of the time just trying to find work, like I think most recent grads are.”

Listen to “Conversation 52 (Silver)” on Spreaker.

He described what it’s like to look for a job after graduating from art school:

“Well I actually think I’m in a pretty decent situation. The art field is unique in the sense that you don’t necessarily need a degree to be successful. It’s not a requirement at all. But the fact that I did graduate from art school, I managed to make a lot of connections with people who know people in the industry.

And so there’s definitely a great advantage that comes with that, because it’s pretty much a straight-on pipeline to the professional world.”

We talked about the different levels of talent of people who go to art school, and who is cut out for it:

“There definitely is a range…I don’t want to tell you there’s a certain kind of person that’s fit for art school. I think, as long as you’re interested and you have a drive…just the fact that you’re spending your free time doodling, even if you don’t think it’s going to get you anywhere…is pretty much a good sign that you might be fit for it.

I think what separates the people who make it from the people who don’t is [really just] how far you’re willing to go with it, honestly. Everyone here – well, for the most part – starts off drawing in kindergarten and elementary school. And over time, that interest sort of dies out or gets replaced with other things.

But there is like, a small, set group of individuals…I’m not really sure what it is that happened to them…they just never really grew out of it.”

Silver explained how he dealt with the “Be Practical” speech many young aspiring artists receive throughout their childhoods:

“First I understood that the people who said that to me weren’t necessarily trying to dissuade me. They were saying it from a place of love and they actually cared. But at the same time, it was a voice of ignorance.

Not in a bad way, it’s just that there really isn’t that much known about some of those fields. The more you know about it, the more realistic it seems to be. 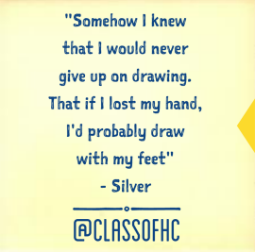 We talked about “artist radar”, and how to tell who might be an animator:

“With the animators specifically, you can usually tell by the way they’re dressed. Which isn’t a bad thing. Generally it’s like there are certain habits that you pick up in middle school. Things like, ‘oh I like this show’ or ‘I like this artist’ so I’ll dress to replicate that.

When I was walking out of my campus…we have a great variety of artists. We have photography kids, animation kids, film kids, graphic designers… and an animator really sticks out, because he’ll have on like a Pokémon shirt or something like that.

…Animators are like super-busy, so [for] most people – I won’t say all, I’m not going to generalize here – fashion is kind of secondary. If you look at a film kid, they’re always extremely well-dressed. It’s like, okay this person has a lot more time.”

He spoke about why artists have to appreciate life differently:

“The thing is, when you’re an artist, you kind of have to appreciate life differently from the general public because, what you’re looking for are those little details that everyone overlooks. It’s kind of like a comedian where you’re just like pointing out the things that everyone knows to be true but never really thinks about, you know?

Listen to our full interview with Silver and check out his latest animated short film, Mausie and The Order of the Golden Sun.

Check out some of the organizations that inspire Silver: