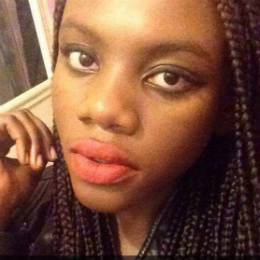 Amanda is from Haiti, and was living in Queens, New York at the time of her interview. Her days were spent “working in an OB-GYN office…and applying to graduate schools.”

Amanda’s Most Likely To Is: Most Likely to Empower Black Women…hopefully sooner than later

Listen to “Conversation 42 (Amanda)” on Spreaker.

We talked about the benefits of being bilingual:

“For me, it [adds] more layers to my dynamic. When you see a person, you see them and you hear them. You hear their accent when you’re speaking to them. So, going to France and being able to be an American but still speak to people…for them, that was like, ‘oh my god!’ They love that.

They are so excited, and it makes them think differently. It kinda shuts down their bias for like a quick second…it’s like, ‘oh wow, she speaks Kreyòl, she speaks French’…it’s just another piece of me that a person can use to kind of know more about me. So that’s always exciting.”

Amanda remembered the period in her life when empowering young Black girls became a goal for her:

Marginalization, sexism, racism…these are things that don’t have to continue until the end of time. So I think anybody who wants to change those things and eradicate those things should definitely take that seriously and try to do that.”

She spoke about some of the women who inspire her:

“Like I said I work at an OB-GYN clinic, so for me the doctor [who] I work with is someone who I sort of follow. In the sense of I enjoy imitating her energy. She has a very strong energy. Obviously she’s a very educated person, she’s a doctor. But for me, I look at her and I’m like, we’re on two different playing fields.

This is someone with a Ph.D. who has done surgeries on people, and saved lives, so this is obviously someone who is extremely accomplished. So for me, following would be just kind of imitating the energy. It’s strange, because I feel like even when she’s like yelling, I’m still like kind of in awe of her.”

We talked about her experience of being a young, Black, American woman in Europe; and about what it takes to truly appreciate Paris:

“I think a lot of Americans seem to have this notion that Europeans are more open, [that] they’re just more understanding of race.

I think when Americans go to Europe for whatever reason, they seem to think ‘oh, these people are going to be in all these interracial relationships, and they’re just going to be so excited about Black this and Black that.’ For me, it wasn’t very different. I wasn’t any more Black or any less Black. When I was in Paris, I was still regular me.

I feel like there [are] two different types of attitudes, especially in Paris. There’s one attitude where it’s like ‘well don’t come here if you don’t speak French. You’re going to be embarrassed.’ They just don’t understand why you would try to go over there and not speak even a little bit of French. And then there’s the attitude of they love English speakers…there are so many English speakers in Paris now, it’s just bizarre.

Especially with art, Parisian art – and I say Parisian to be specific – if you’re an art person, that’s where you need to be. If you’re a fashion person, that’s where you need to be. For me, it wasn’t all that serious, because I wouldn’t identify myself as an artist. But for artists…people who, you know, that’s how they make money; going over there would be a completely different thing than for a regular joe like me who wants to be a psychologist!” 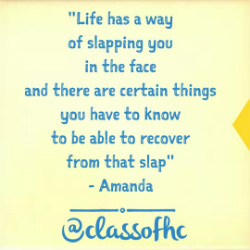 Amanda reflected on the ways her priorities have changed over the past few years:

“I think when you start to get into your 20s, and your brain is [fully] developed, and you do have bills to pay…I think that education becomes a necessity. Like there [are] just things that – for your own good – it’s almost like a life or death situation.

For me, it was about those priority things becoming more important, and those superficial things becoming less important…I think as you grow up, life has a way of, you know, slapping you in the face…and there are certain things you have to know to be able to recover from that slap.”

Listen to our full interview with Amanda