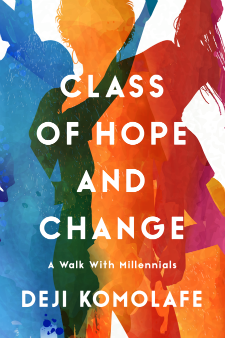 Amadu is from Brooklyn, New York, and had recently moved to the Silicon Valley region of California at the time of his interview. He was spending his days “acclimating to the California environment, watching movies, hanging out with friends, and building my network with people out here.”

Listen to “Conversation 22 (Amadu)” on Spreaker.

We talked about the different levels of biking, and which level Amadu is focused on:

“I mean I’m definitely going to have a very, very nice I guess you could say, upscale, speed bike. Mainly because I tend to want to be a little more on the healthy side, and that would easily give me some amount of exercise per day.

I actually just recently read an article about how you should get at least 150 minutes of exercise every week. Also, it’s better for the environment.”

He explained what “becoming enlightened” looks like to him:

“It’s very important to me, especially for my behavior type, which can be logically driven and a little bit cold at times. I think one aspect of myself that I really need to work on is compassion and being able to look at situations more objectively.

Because that would give me the ability to look at things from other people’s point of view…it’s a very difficult trait to pick up and to perfect. When I [think about] becoming enlightened, [I think about] being able to just enjoy life at every moment.”

Amadu explained what it means to “walk around unconscious”, and how he avoids that state of mind:

“Some people are just walking around unconscious. And by unconscious I mean they are going through behavioral patterns day by day. Like, ‘oh hey I gotta get up and go to work.’ Go to work. Come back. Watch a movie. Eat. Go to sleep. Do it all over.

Versus waking up like ‘Ah, today is a whole new day.’ You could have died yesterday, but you didn’t, luckily. There are a bunch of people who died today, you weren’t one of them.

Now it’s like: What can I do? What do I want in life? Beyond just the generic, ‘oh, I wanna be rich’; what do you want? What is [your passion]? Find out [what your passion is] and then go for it.

Don’t get scared…You don’t have to think of constraints. Sometimes you just have to have a dream and just take one step towards it.” 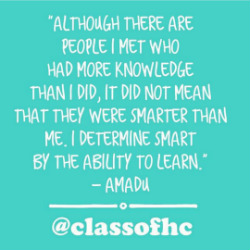 We talked about strategies for helping young men deal with the micro-aggressions of daily urban life:

“I have a younger brother who is in this mentality. One thing I usually speak about is values. You have to first understand where they’re coming from. What do they value and why do they value it?

…Some people carry a role at all times like, ‘someone said I look really good. A bunch of girls complimented me. Now I feel like I always have to look good. I have to be on point at all times.’ Now that I’ve connected it to who I am, if anyone disrupts or disturbs that viewpoint I feel like I’m being attacked.

And at any point, no matter who it is, if you feel like your being is being attacked… I mean you will become defensive and react a certain way.

Now I’ve had this conversation with my little brother…it’s [about] being able to tell them to detach from the different roles that they play…so for people my age, people a little bit younger, [people] a little bit older, being able to understand this idea that who a person is, is not the role that they are able to play. Once you realize that detachment, you’re less likely to be offended at all times.”

Amadu shared how he dealt with the academic culture shock of being surrounded by top-performing students when he first arrived at college:

Some of these kids come from families that have set them up so well. Like, if I had these opportunities, I don’t know where I’d be…although there are people I met or interacted with [who] had more knowledge than I did, [it] did not necessarily mean that they were smarter than me. And I determine smart by the ability to learn.”

Listen to our full interview with Amadu