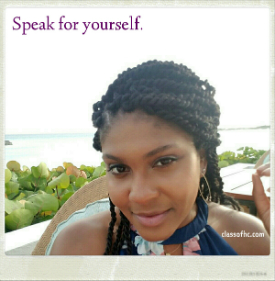 Ashley is from the Chicagoland area, “the Western suburbs… the ‘Wood, specifically,” and was living in the suburbs of Chicago at the time of her interview. She was spending her days, “working my 9-to-5, and doing work for a master’s program … so that’s where all of my time goes.”

Listen to “Conversation 15 (Ashley)” on Spreaker.

She explained how she’s come to that perspective on life:

“I was the planner. The girl [who] had my life planned out up until retirement. This was in high school. I knew when I was going to get married; when I was going to have my 2.5 children…I had it down. And then that plan went out the door, and I had to cope with that.”

We talked about why she says she does not ‘follow’ anyone on social media:

“I do use social media to keep in touch with family, my family is spread across the country so [I use it] to keep up with them…but that’s not ‘following’ anyone, per se. If I were to say that I’m following anyone in real life, it’s the people around me who are beyond happy…they are content. They are in a place in their lives where they are totally satisfied, and they want for nothing. That doesn’t mean that they’re wealthy, it means that they are satisfied with where they are in life, and there’s this joy that exudes from them. I follow them because that’s where I want to be.”

Ashley shared how her sense of self has evolved over the past few years:

“[Back then], I was a follower. I just wanted to fit in with the group of people that I knew, and I wasn’t really being myself because I didn’t know who I was. I hadn’t gotten to that place where I’d found myself, so to speak. It was the loss of all those things…all those people that I was following…all those people I wanted to fit in with…I got to the point where I was by myself…I had my family and me. And I was able to really dig deep and find out who I really was for the first time in my life and say, I like x, y, and z…and I’m unapologetic about it. And if you’re going to be in my life from this point on, you have to deal with that, because this is who I am. I’m not changing for anyone.” 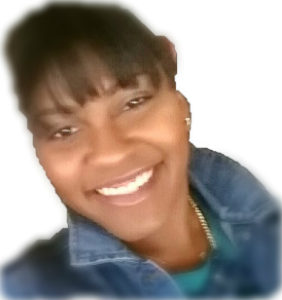 We talked about why her family is so important to her:

“When everyone else turns their back on you, you gotta have somebody who’s still down for you… through whatever. No matter what you do, no matter what…they’re still down for you, and that’s my family. And so they definitely allowed me to get to this place, and just loved me and accepted me for who I am. And I said, you know if these people can accept me for me, then gosh darn it everybody else should. And if you can’t, that’s okay because I’ve got them.”

Ashley described what she would like to see happen in our country in the future:

“I want to see one of these grassroots movements that have started really pick up speed. I want to see the Internet be used for good. I think we have the power to really change things and make things happen, just because our reach is so much [farther] than any generation before us… let’s use it for good. My parents, you know, marched to Washington [D.C.]… that was their reach. We can march to China, we can march to Ethiopia. We can march to the ends of the world for those things that we feel are injustices, and stand up for people’s rights all over the world. We just don’t have these United States that we can impact. And that’s what I want to see.”

Listen to our full interview with Ashley

Check out some of the organizations that inspire Ashley: