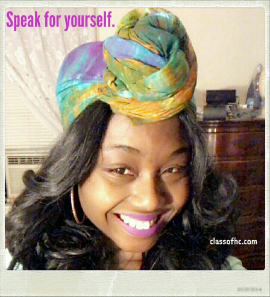 Faith is from Brooklyn, New York, where she was still living at the time of her interview. She spent her days “working, preparing to back to college, and being a full-time mom.”

Listen to “Conversation 11 (Faith)” on Spreaker.

She explained when she started thinking of herself as an inspirational person:

We talked about how she chooses who to interact with on social media:

“If I see someone posting something negative, or they’re just constantly having drama…I’m not going to unfriend her, because something I post could help her along the way.

And I don’t want to intrude in her life and be like, ‘Listen…as a young lady, as a mom… I don’t think you should be doing that.’ On my Instagram, I make [sure] that the people I’m following have impacted me somehow.

Faith described her journey of personal growth over the past few years:

“Focus was important to me in high school because I felt like I had family that I had to make proud. Now that I’m a mom, I’m working, and I’m sort of independent in the sense that it’s all up to me now…and I have a young son that’s looking up to me now…my focus has shifted. 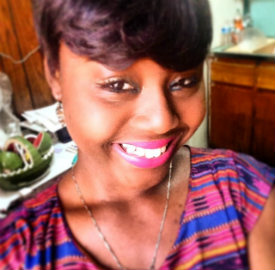 We talked about what she sees as looks at her city, and at our country:

“I’m seeing a lot of people, and a lot of souls, who need mentorship…who need guidance…We lack mentorship. We lack togetherness.

If we were to take a pause and assess the fact that we have the power to change things, we would definitely be able to grow as a people, grow as a community, and grow as a nation.

For us to get to that ultimate goal, for everything to be positive, for things to change, we all have to come together.”

Listen to our full interview with Faith